The Edge In Preparations For ASLI Conferences

The Asian Strategic and Leadership Institute or better known as ASLI, is more than just a think tank organization that specializes in the exchange of ideas in industries of significance in Malaysia. Few people actually are aware that ASLI is at the forefront of organizing some of the most prominent business conferences in the ASEAN region and their collaboration with Government and captains of industries make their events some of the most sought after in the region.

Now that you know who ASLI is, what would you hope to learn or emulate from them to make your first steps to success in business conferencing? We all want to know what the success formulae that all these “big boys” in the industry use don’t we? After all, who doesn’t want to be like them in success!

The first thing that sets ASLI apart from their competitors

First off, make a note of the way they present themselves. Take a look at their official website www.asli.com.my . They portray an impression of precise professionalism, which is synonymous with their think tank image of leadership and strategy, though their main aim is in seminars and conferences.  Aside from the corporate image (that is the first impression that potential customers would look at) is the core preparations for conferencing.

The following is the money spinner of the business, and one that all potential conference organizers should at some point or other emulate. ASLI has a knack for organizing conferences that not only addresses current issues but provide a very good content subject and panel of speakers. The importance is the relevancy of the conference subject to real time economic developments. Event management companies within the same boundaries as ASLI should have a good team of researchers to scour the economic and business markets for potential headline building subjects. The keyword here is “researchers”; this is the core team of ASLI in all their conference matters. Learning to build a good research team will enhance the attendance potential of the conferences you intend to organize. A core research team comprise of a well versed leader in the public sector and also the government sector for economics and policies. That is one way to stay ahead of your competitors for conferencing material.

The past is the present

ASLI has a policy to document all their past conferencing materials including speaker profiles so that at any point, they are able to pull the information they require in the shortest time. This makes them highly proficient and quick in their presentations. The last thing on our minds is to think of archiving our entire past event documents. It is mostly stored away only to be forgotten. Be more organized! As a business conferencing company, you never know when one conference may in time be related to another, and it will do well to have all your notes in place readily accessible when you need it again! Even investing in a simple PDF file format archiving facility and saved onto clearly marked DVDs would be better than none.

Trying to follow in the footsteps of ASLI’s success will take good planning, creativity of image, proficiency and a very good research team as well as documented records for easy retrieval. All these components are the contributors to the success of ASLI as one of the leaders in the field of business and economic conferencing in the event Malaysia network as well as abroad. 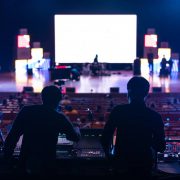 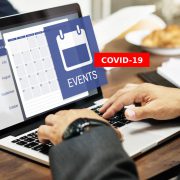 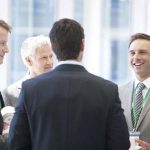 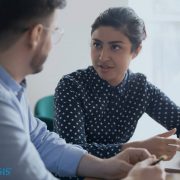