I sat in my chair waiting for the first speaker to take the stage, and waited… The conference start was half an hour late.

Obviously there was a problem with the PA system… “test, 1, 2, 3, test”. I asked myself, “Why wasn’t this annoying set up and sound check done earlier?” The PA system was finally working and the attendees who had drifted off made their way back to their seats to stare at an unmanned podium.

Finally the MC climbed to the podium and tapped the microphone cautiously, unconvinced it would work. A Poc! Poc! noise echoed through the large conference room. The mandatory apology for the delay was followed by an unnecessary explanation of the problem. I wondered how badly the rest of the night was going to go.

“… So we have to postpone until tomorrow hearing from our first two speakers and…” The MC was introducing the first speaker of the evening, who was actually the third speaker in the program. There were only six speakers scheduled, each to have spoken for half an hour, so obviously we were an hour behind schedule. The first speaker pulled off her 30 minutes well, other than saying “Wow, that sound technician is a tough act to follow”. I felt sorry for her when her joke intended to lighten the mood bombed miserably.

Intermission was on schedule and the attendees filed out to the lobby, or out of the building to have a cigarette. I don’t smoke, so I went to the lobby to do a little networking. I had the perfect conversation starter, “Not a great start to a weekend long conference is it?” Without exception, whomever I spoke with voiced their annoyance. The unanimous opinion was that the sound system people had arrived late for their sound check and the event planners had already dropped the ball.

So who was to blame, the event organizers or the sound system people?

Each weekend long attendee pass was the better part of $2000, accommodation included, and there were almost 600 people in attendance. I doubt anyone blamed the sound system guy when the event organizers had collected almost $1.2 million dollars. After all, isn’t it the job of the people responsible for event planning to make sure everything is working before the event starts? 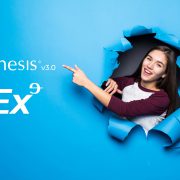